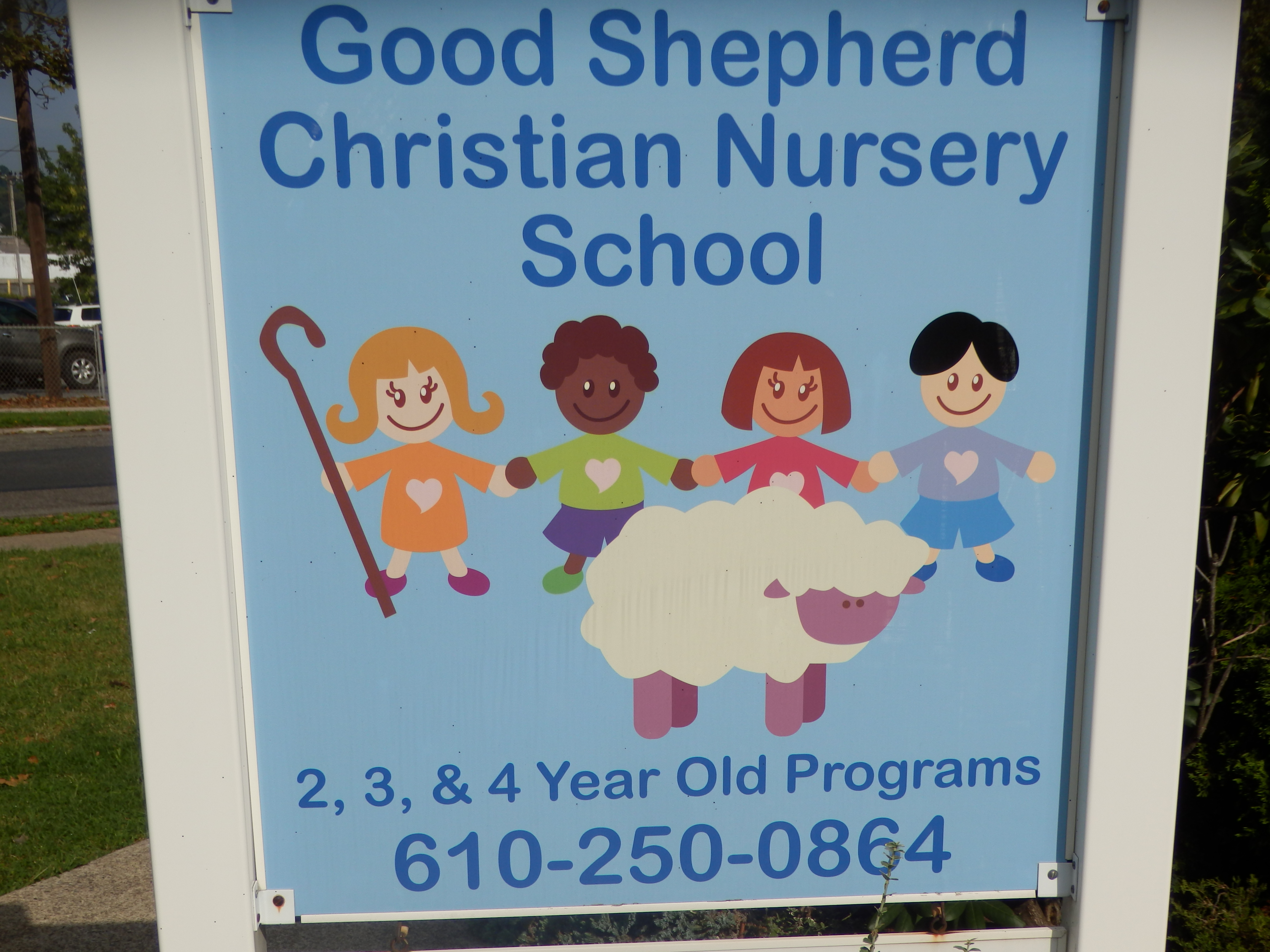 and summer programs for children ages 2-5.

Our Loving and Caring GSCNS Staff

Darlene Creazzo is the Director of Good Shepherd as of our 2010-11 school year. Prior to that she was an Assistant Teacher in our Pre-K class since 1996 and has also served as the Assistant to the Director for 6 of those years. She is a graduate of Wilson High School and Northampton Community College where she received an Associate degree in Applied Science and worked for 13 years as a Dental Hygienist. She has been married to her husband Joe since Sept. 1978. Their family includes her daughter Gina and son-in-law Joe, grandsons Joey and Leo, daughter Sarina and son-in-law Greg.. Their pet family includes a dog named Lotto. She always looks forward to a new school year meeting new families and watching their children learn and grow.

Amy Coopersmith is an Assistant Teacher in our Pre-K class since 2009. She was also one of our Summer Program teachers and still subs when needed. She is a graduate of Wilson Area High School and currently resides in Harmony Township, NJ with her husband Jesse, daughter Emily and a dog named Bella. Amy became a Substitute Teacher at Good Shepherd in 2007 while her daughter Emily was in our Playgroup class.  Amy maintains our GSCNS Book Nook and will accept book donations at any time.  Amy also enjoys her weekend job at Four Sister's Winery in Belvidere, New Jersey.  Amy is captain of a Relay For Life team, SHINE ON, and enjoys actively fundraising on its behalf as well as our school.

Erin Hartzell is an assistant teacher in our Pre-K program. For 12 years Erin provided child care from her home. She has also worked as an assistant teacher for 1.5 years at the YMCA daycare. Erin's family includes her husband Jericho, daughters, Kailee, Juliana and Jessa. They also have a dog named Sophie and a cat named Callie.

Lynn Christenson is the Lead Teacher in 3 Year Old program . She graduated from Covenant Christian H.S. and Kean College of New Jersey. Her degree is in Education. She has been with us since 2004. Mrs. Lynn has been in Early Childhood Education since 1983. Mrs. Lynn has been married to Casey since 1997 and has a daughter named Caroline. She took 6 years off to spend time with her daughter who was a student here for 3 years. Lynn loves to read, enjoys cooking and photography. Her family is completed by her black lab mix, named Fisher.

Kelly Schlossberg is an assistant teacher in our three year old program. Kelly is a graduate of Kean University and has worked at a day care program for six years. She has been with us for two years working as an assistant teacher and substitute. Her hobbies include taking ballet lessons and scrap booking. She lives with her husband Matt, son Trey and daughter Chloe. She also has a dog named Mogwai.

Jamie Parry is the Lead Teacher of our Playgroup Program starting in our 2012/13 school year.  Mr. Parry was an Assistant teacher in our Playgroup for the past 9 years.  He attended Easton Area H.S. and his son attended our school for 3 years. Jamie became a substitute teacher during that time. He has been working full time here since 2001. He was a stay at-home Dad as well. Jamie has been married since 1988 to Rayanne who is one of our Sunday school teachers. There is always a Parry on the premises. Now that they are empty nesters Jamie and Rayanne enjoy looking for new ice cream and candy shops.

Julie Riker  is an Assistant Teacher in our Playgroup (M,W&F).  She has been working as a Substitute Teacher since 2014 when her son attended our school.  Julie is married with three children.  Julie is actively involved in her own children's school PTA.  When Julie isn't around the children, she spends her time cross-stitching, gardening and reading.